Kim is developing a broad practice and accepts instructions across all of Chamber’s practice areas. He has appeared in all levels of Hong Kong courts as a sole advocate or as a led junior. Kim has a strong interest in animal welfare and protection law as well as wildlife crime. 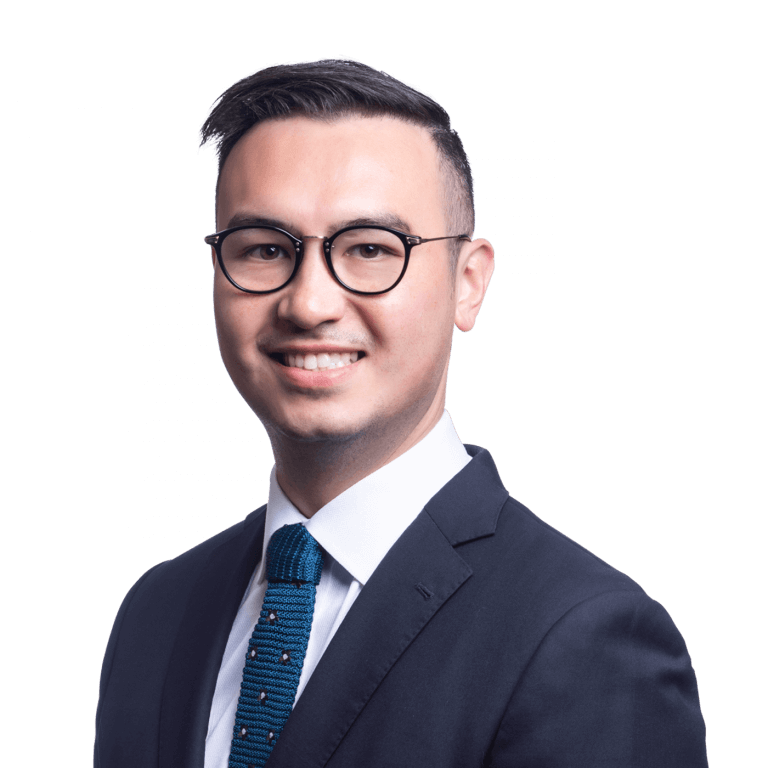 For criminal matters, Kim has experience across the full spectrum of offences, including offences of violence, drugs, dishonesty, driving, sexual offences as well as commercial crime. He is regularly instructed as sole advocate or led junior.

In his civil practice, Kim has represented clients in matters relating to contract, property, intellectual property, medico-legal cases, money lenders actions and tort. He is also often instructed to appear in interlocutory applications, including applications for and resisting injunctions.

Kim still holds a New Zealand practising certificate and is instructed there in both civil and criminal matters. He is able to certify true copies, witness signatures and to take an oath or affirmation in relation to New Zealand documents.

Ng Hing Yau (on behalf of herself and all other owners) & Anor v City Noble Development Limited & Ors HCA 430 of 2017
Represented the Plaintiffs in a multi-defendant civil trial involving different tortious actions and injunctive relief in relation to a multi storied building. Involved a successfully resisting an application for strike out taken out by the 5th Defendant on the basis that the Plaintiffs could not act on behalf of all owners of the building in a representative capacity.

Chairman and Deputy Chairman of the Preliminary Investigation Committee of the Medical Council of Hong Kong v Hospital Authority [2018] 2 HKLRD 842
Represented the Defendant where the PIC was attempting to obtain medical records of a patient without their consent. Involved complexities related to a person’s fundamental right and powers of the PIC to sanction medical practitioners. (led by Dr. Gerard McCoy SC)

Global Bridge and Ors v Sun Hung Kai Financial Limited HCA 1701 of 2014
Represented the Defendants in an application for striking out of the Plaintiff’s Statement of Claim for an abuse of process.

Multi-Winner Investment Limited & Anor v Lau Ming Yee HCA 880/2011
Assisted in an action for libel in relation to a dispute between owners of a building in relation to method of calculating the contributions for costs of renovation works in the building.

Wong Kam Tai & Anor v Hui Hing Ming & Ors DCCJ 3716 of 2017 and DCCJ 308 of 2018
Represented Defendant in a civil case in relation to water leakage in a multi storied building which involved expert evidence in relation to the source of water, methods of water leakage testing and the plumbing system of the building.

HKSAR v Gutierrez Alvarez Keishu Mercedes CACC 320/2016
Represented the appellant in an appeal against conviction on the basis of a systemic challenge against a lack of DARTS dockside recording, as well as the principles applied in determining whether to prosecute victims of  human trafficking. (Led by Mr. Robert Pang SC).

HKSAR v Luk Kin Peter Joseph & Yu Oi Kee Olivia (2016) 19 HKCFAR 619
Represented second appellant criminal appeal involving corruption and bribery as well specific sections of the Prevention Against Bribery Ordinance (Cap 201). The issues that the Court of Final Appeal had to determine related to agency, deception of the company by directors and attribution of knowledge by directors to a company (Led by Dr. Gerard McCoy SC)

HKSAR v MD Emran Hossain (2016) 19 HKCFAR 679
Represented the appellant in a quasi-criminal-public law case. This case rested heavily on the encroachment upon an appellant’s right to a fair and public hearing as well as considerations of apparent bias (Led by Dr. Gerard McCoy SC).