Andrew is an advocate and dispute resolution lawyer. The primary focus of his work is the conduct and resolution of cross-border and international disputes, which can and do encompass commercial, trusts, company, investment and competition law, as well as international private and public law matters. 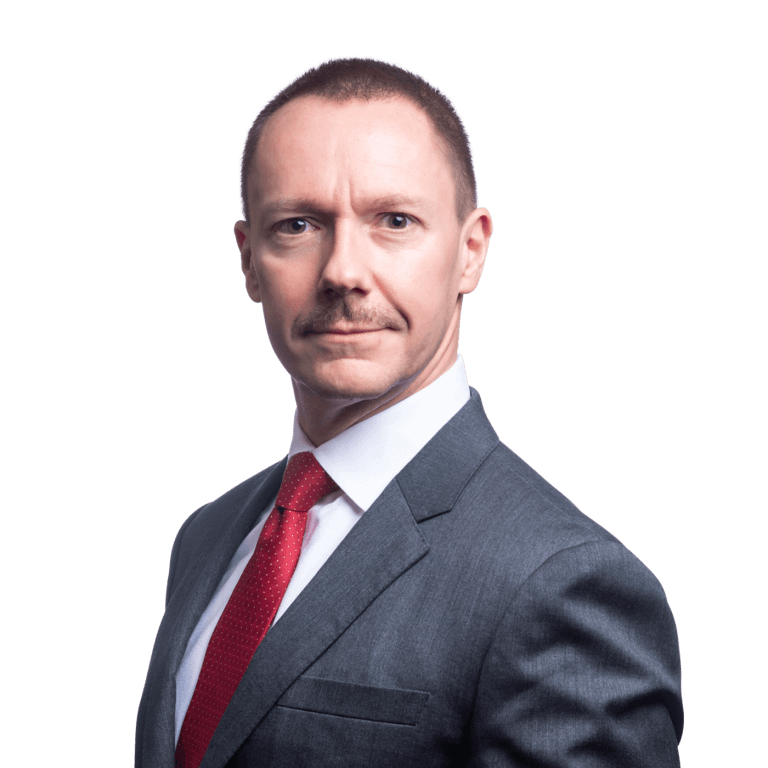 Andrew’s clients have included international corporations and businesses, commercial/family trusts and trust beneficiaries, SVF (Stored Value Facility) licensees, and pension funds, as well as high net worth individuals. Notable recent instructions include acting as counsel on appeal to the Hong Kong Court of Appeal and Court of Final Appeal in a high value trusts-related matter, acting as sole counsel at trial and on appeal in a long-running estate dispute relating to valuable commercial property, and acting as counsel in a complex dispute relating to control of a major listed company. His cross-border experience encompasses international commercial and trusts disputes, joint-venture disputes, jurisdictional disputes, constitutional law disputes, and anti-suit injunctions, as well as advisory work in relation to certain international conventions. He is a full member of the Society of Trust and Estate Practitioners and a Fellow of the Chartered Institute of Arbitrators. Andrew has been selected for inclusion in “Who’s Who Legal” for the Hong Kong Bar in both 2017 and 2018.

Before coming to the Bar, Andrew obtained an M.Phil. and Ph.D. from Cambridge University (Magdalene and St John’s) in the field of Renaissance literature, and after that taught courses in Western civilization for several years at one of Beijing’s top universities. He remains active in the fields of philosophy, history and law relating to culture and cultural property, and has a particular interest in the philosophy and law of free speech and expression.

FCL China Development Pte Ltd and Another v Lai Yuen Ling and Others (CACV 193/2014, 12 August 2015)
Acted for the plaintiff companies to resist an application for leave to appeal to the Court of Final Appeal in a dispute arising from a USD 50 million tri-partite investment agreement (involving Qingdao State Enterprise of the Qingdao Provincial Government) and joint venture agreement to carry out a development project in Qingdao.

JAH v VH (FCMC 14350/2009 consolidated with FCMC No 4402/2010, 24 May 2012)
Acted as sole counsel resisting the setting aside of interim preservative injunctions over substantial Cambodian commercial real estate, and an anti-suit injunction exceptionally restraining the respondent from commencing specified criminal as well as civil proceedings in Cambodia.

In the Representation of HSBC International Limited [2011] JRC 167 and [2014] JRC 254A
Instructed by the Hong Kong client to provide assistance (both in Hong Kong and in Jersey) to the Jersey legal team in respect of applications made to the Jersey Royal Court.

Advisory
Instructed to advise a major SVF (Stored Value Facility) licensee on the applicability and effect of the Hague Convention on the Law Applicable to Trusts and on their Recognition (the “Hague Trust Convention”).

Ho Man Kong v Superintendent of Lai Chi Kok Reception Centre (2014) 17 HKCFAR 179
Acted on appeal to the Court of Final Appeal. The application for extradition from Hong Kong to Australia relied on telecommunications interception evidence the admissibility of which was challenged under the Basic Law Article 30 and the Interception of Communications and Surveillance Ordinance (Cap. 589). Led by Gerard McCoy SC.

Ho Man Kong v Superintendent of Lai Chi Kok Reception Centre and Government of Australia (HCAL 17/2011, 28 July 2011)
Acted on an application for a writ of habeas corpus in the context of an application for the extradition of the accused from Hong Kong to Australia. Led by Alexander King SC.

Kan Lai Kwan v Poon Lok To Otto and HSBC International Trustee Limited (2014) 17 HKCFAR 414
Leading junior counsel on the final appeal to the Court of Final Appeal in a HK$832.5 million claim. The appeal raised important issues in relation to the treatment of offshore discretionary trusts in ancillary relief, as well as the proper approach to separation and post-separation accruals. Also leading junior counsel on the applications for leave to appeal and quantum and costs.

Re Estate of Kong Wing Hong (CACV 69/2015, 11 November 2015)
Acted as sole counsel for beneficiaries resisting an appeal to the Court of Appeal raising issues of: conflict of interest and duty; estoppel by convention; proprietary estoppel; promissory estoppel; relief under section 60 Trustee Ordinance (Cap 29); and the approach to costs in breach of trust claims.

Re Estate of Kong Wing Hong (HCMP 2045/2012, 28 May 2015)
Acted as sole counsel for plaintiff beneficiaries in a costs application as to whether beneficiaries (as opposed to executor/trustee) may be granted an indemnity costs award from the estate in a breach of trust claim.

Re Estate of Kong Wing Hong (HCMP 2045/2012, 24 February 2015)
Acted as sole counsel for plaintiff beneficiaries seeking orders for (i) removal and replacement of an executor, (ii) provision of estate accounts, and (iii) compensation for loss of market rental arising as result of the executor’s wrongful use of valuable Hong Kong commercial estate premises.

Highmax Overseas Ltd v Chau Kar Hon Quinton [2014] 3 HKLRD 584
Acted on appeal to the Court of Appeal as to whether the court had power to direct how the trust companies (who were not trustees) should respond in insolvency proceedings. Led by John Scott SC.

Kerry Francis Moore v Jennex Corporation and Others (HCMP 2109/2015, 3 November 2016)
Acted as sole counsel for the applicant in a commercial trust and shareholder dispute seeking declarations as to beneficial ownership of shares. In the absence of a deed of gift, the court looked to the conduct of the trustee, and in particular historic accounting treatment, to determine whether the share was a trust asset.

Kerry Francis Moore v Jennex Corporation and Others (HCMP 2109/2015, 9 May 2017)
Applying for and obtaining an order for rectification of company register under section 633 of the Companies Ordinance (Cap.622) and indemnity costs.

Re Estate of Kong Wing Hong [2014] 2 HKLRD 517
Acted as sole counsel for beneficiaries under a will claiming inter alia a declaration that certain tenancy agreements (in respect of valuable Hong Kong commercial estate property from which the executor ran his business) were void and unenforceable. The case raised complex issues relating to implication of terms into agreements.

Poon Yiu Cheung v World Mastery Technology Ltd (CACV 276/2011, 17 September 2013)
Acted for the plaintiff in resisting an appeal to the Court of Appeal by a counterclaiming defendant in a case alleging breach of contract and breach of fiduciary duties (diversion of business and secret rebates) of a Hong Kong company’s American sales representative. With Mr Andy Lam.

JAH nee S v VH (CACV 279/2012, 18 December 2013)
Acted on an appeal by the appellant wife to the Court of Appeal from the grant (by a Court of First Instance judge) of leave to the husband to have decree nisi made absolute, which established that the public policy of ensuring a marriage that has irretrievably broken down be put to an end without further ado must be subject to an equally important public policy of ensuring the spouse who opposes the making of a decree nisi absolute must not be prejudiced in terms of financial provision by way of ancillary relief. Led by John Scott SC.

Kong Colin Chung Ping and Another v Li Ka Sing and Others (HCMP 2431/2016, 2 May 2017)
Acted as sole counsel applying for and obtaining an interlocutory injunction restraining the respondent from selling valuable commercial property pending trial.

YN v NA [2014] 5 HKC 49
Acted as leading junior counsel for the appellant in an appeal to the Court of Appeal against the grant (by a District Court judge) of leave to appeal out of time, establishing that there is no jurisdictional obstacle to the bringing of an appeal from the grant of extension of time for leave to appeal.

Instructed on several company/commercial matters including:

– acting for the plaintiff in a case claiming a purchase price resulting trust over Hong Kong residential property as well as conversion in tort over various goods;

– acting for the defendant in a case alleging breach of director duties, unjust enrichment and knowing receipt on the part of the director of a Hong Kong associate company of an international PR firm;

– acting for the plaintiff in a claim for breach of contract in relation to sale of shares in a substantial Hong Kong commercial entertainment operation, as well as breach of trust and knowing receipt/dishonest assistance in relation to a share nominee agreement.

Advised on various matters including the operation of commercial trust structures as well as the rights and obligations arising under various family and dynastic trusts.

Andrew Lynn, ‘Split-up trusts: What does Kan Lai Kwan v Poon Lok To Otto and HSBC International Trustee Ltd tell us about the application of the Charman test to trusts on divorce?’ (2014) 12(4) Trust Quarterly Review 3.